I have at times felt uncomfortable with the idea that God is angry at humankind. I mean that the harshness of it sometimes feels unfair. The feeling comes when I read things like the conquest of Canaan or the graphic predictions of judgments that God would bring on Israel. But most of all, eternal torment is almost impossible for me to think about without real terror and revulsion. Could anything someone does in these moments on earth deserve that? 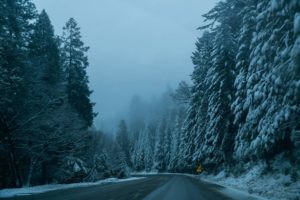 My struggle with this has not yet been entirely resolved, but I hope I am getting closer to seeing the situation from God’s point of view.

The person who has been helping me with this is the prophet Zephaniah, who prophesied in the kingdom of Judah fifty or so years before the deportation to Babylon. One of the most fascinating things about his prophecy is the sweeping, universal, almost apocalyptic language. It grabs your attention, as you can see from this sample in 1:2-3:

You can see that this directly touches our issue. God is angry—so angry that he is planning a repeat of the flood (see the associations with Gen 6:7) and a reversal of creation (note the reversed order of man and animals from Gen 1). Just as in the days of Noah, he is sorry that he has made mankind on the earth.

Our question then is: why? What would warrant such a decisive and cataclysmic destruction? Much of the rest of the book narrows these impending judgments in on pre-exilic Judah. All throughout, however, we get hints that God’s judgments on Judah are nothing more than a trailer for judgments that are yet to come on the earth. So if we can understand why God was angry with Judah, we may be able to understand why God is angry with all of us, as a human race. Consider the following three reasons.

For the ancient Judahites, the big problem was idolatry. Zephaniah calls them out for mixing worship of YHWH with worship of a host of other gods, especially Baal, a northern Canaanite deity. According to Zephaniah, they would acknowledge YHWH one moment and some other god the next. In short, their hearts were divided.

As a human race, we have also walked away from whole-hearted devotion to God and let our hearts go after other things, while often speaking empty words about him. While some actually devote themselves to other religions, others line up for a myriad of more exciting things, like career, sports, romance, or popularity. At best, our hearts have been divided. At worst, they are fractured into a million pieces, only one of which seeks God.

The Israelites had abandoned God’s way of life for their individual lives and their communities. Zephaniah’s indictment of their social life is particularly strong. He calls their leaders “roaring lions,” their judges “evening wolves,” their prophets “fickle,” and their priests “profane.” They had left behind justice and would do anything for their own pleasure.

But these were not only Israelite problems, they are human problems. Walk into the back kitchen of a restaurant and experience the backbiting and slander of workplace environments. Walk around our neighborhoods and see broken families, dads in jail, 14-year-olds on birth control, and chaos at home. Walk into Sudan and see the systemic corruption of the government. Turn on the news or turn around the street corner and encounter race problems and refugee crises.

Zephaniah points out the arrogance of the Judahites as well as giving a poignant judgment of the Assyrian Capital, Nineveh. “This is the exultant city who lived securely and said in her heart, ‘I am and there is no other.’” In our achievements and jockeying for glory, we have said the same. We take credit for all our successes, we blame others for all our failures. We live securely, with no real need in our lives for God.

When God made the world, he made it good. We were the high point of his creation and we were invited to partner with him in the governing and organization of the world. He gave us the joy of knowing him and living in obedience and devotion. It was a wonderful gift and a beautiful existence.

We are the problem.

Only when we open our eyes to this do we begin to comprehend why God is angry. And only then can we begin to respond correctly to God’s actions in the world, with sorrow and repentance and thankful reception of his gifts of grace.

Seek the Lord, all you humble of the land, who do his just commands; seek righteousness; seek humility; perhaps you may be hidden on the day of the anger of the Lord.
(Zephaniah 2:3)

Previous
What is the Gospel? A Look at the Message in Acts
Next
Living By the Prophet's Words
Jan 28 On Getting Older | Your…
Loading Comments...