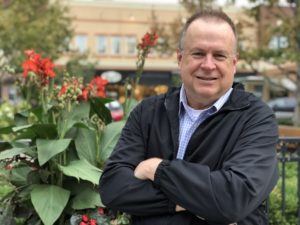 Jim Elliff is founder and president of Christian Communicators Worldwide (CCW). Jim has pastored or served on the pastoral team of churches in Florida, Arkansas, Texas, Oklahoma, and Missouri.

Since 1985 Jim has addressed Christian ministries, seminaries, Bible schools, universities, churches, and pastors’ fraternals of various denominations throughout most of the United States and in approximately 40 foreign countries. Jim has been privileged to address groups in all kinds of settings—everything from a former witch doctor’s hut to a Communist meeting hall!

Jim has a passion to communicate. He is the author of four books that have been published in the US and overseas, Led by the Spirit, Pursuing God—A Seeker’s Guide, Going Under: Discussions on Baptism, and Wasted Faith, a small book which has been distributed to approximately a quarter of a million people. He is a co-author of Divorce and Remarriage: A Permanence View, and he wrote a popular booklet for children called The Eaglet. He has also written or edited many other booklets published by CCW. Jim’s articles appear in a variety of periodicals and journals, and his messages and interviews are frequently heard on radio. He was featured in a seven-part interview called How Children Come to Faith in Christ with FamilyLife Today hosted by Dennis Rainey, and in a five-part series on George Muller for Revive Our Hearts with Nancy DeMoss. Jim has contributed chapters in several other books, as well as writing extensively for the web. Many of his articles may be found at www.ccwtoday.org, www.bulletininserts.org, and www.WayToGod.org. Above all, Jim wishes to point people to Christ and to engage leaders and other believers in serious Bible intake.

Jim served as the consultant for the Midwestern Center for Biblical Revival at Midwestern Baptist Theological Seminary in Kansas City, Missouri, and co-directed the North American Convocation on Revival. He participated in the Alliance of Confessing Evangelicals Summit meeting at Cambridge, Massachusetts. He also served as a FIRE board member and on advisory boards for Coram Deo Ministries (Italy) and Editora FIEL (Brazil). These, and other associations, speak for Jim’s desire to see genuine reformation and revival in our day.

In addition to his writing and travel, Jim began Christ Fellowship of Kansas City in 2003. This unique church is made up of home congregations in the Kansas City metro area.

In 1974 Jim earned his B.A. from Ouachita Baptist University, followed by a Masters from Southwestern Baptist Theological Seminary. In 1976 Jim married Pam Knight of Lincroft, New Jersey. He has three children, Benjamin, Bryan and Laura, who are active in ministry for Christ, here in the US and overseas.

You can also see or download Jim’s Travel and Financial Policy and/or photos to use in promoting your event.