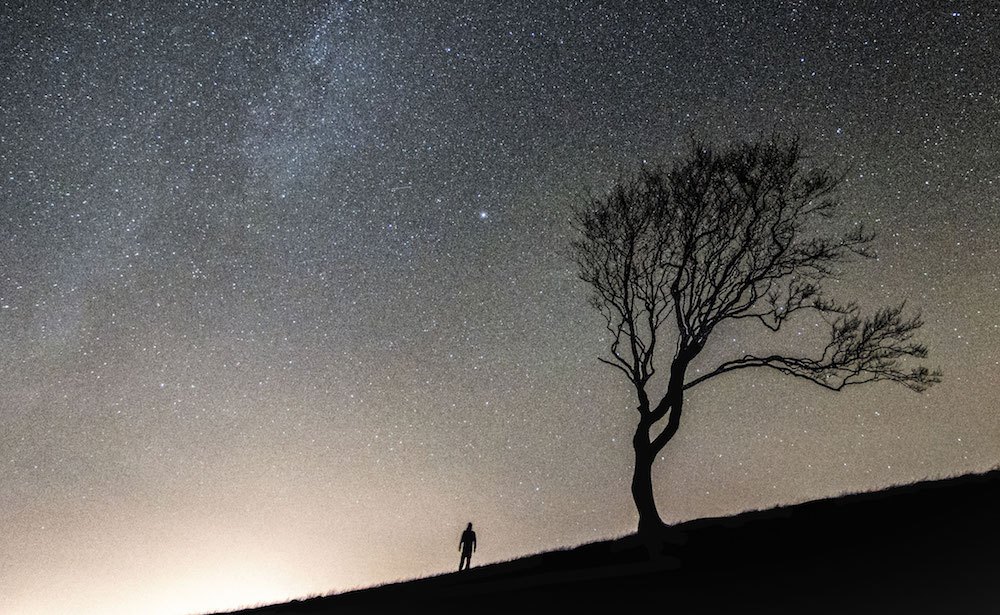 Jacob, on his flight to Paddam-Aram, had a dream of a ladder leading to heaven with the Lord at the top and angels descending and ascending. This took place at what he would call Bethel, or “house of God.” “And behold, the Lord stood above it and said…” is a phrase which indicates that he was actually speaking with the preincaranate Christ.

That it was the preincarnate Christ that Jacob saw that night is made clear later when Jesus met Nathaniel in John 1:45-51, whom he calls “an Israelite indeed” and “a man without guile” or deceit. This was said to contrast him with Jacob whose name means “deceiver,” but who was later called Israel, or “prince.” Nathaniel was to be seen as remarkably unlike the first man Israel who had lived 2000 years earlier.

Jesus then says to Nathaniel and those with him, “Truly, truly I say to you, you [all] will see the heavens opened and the angels ascending and descending on the Son of Man,” comparing this future experience for believers to Jacob’s experience at Bethel and giving us the clear knowledge that the Person on the ladder will be “the Son of Man.”

The person who stood above the ladder in Jacob’s dream was the same preincarnate Christ.

It is this One who said to Jacob, “I am the Lord, the God of your father Abraham and the God of Isaac.” This strongly affirms that Christ is God. He tells him “I am with you,” a phrase He later uses as well with His disciples in Matthew 28. Then He promises “I will keep you wherever you go, and will bring you back to his land; for I will not leave you until I have done what I have promised.”

It was the preincarnate Christ who led the children of Israel out of Egypt and through the wilderness to the first Promise land, a fact which we will have to explore at some other time.

Christ, who is the unique God/man will lead us through to the final and true promised land also, for which we will be eternal thankful.

Previous
Women in Your Ministry Context: An Appeal for…
Next
What is the Gospel? A Look at the Message in Acts
Mar 5 Elders’ Meetings that…