A fine young pastor and his family take a small church in a rural area, or perhaps in a tired part of an otherwise thriving city. It’s their first opportunity to lead a church, and they have dreams of something deep, growing, and lasting. 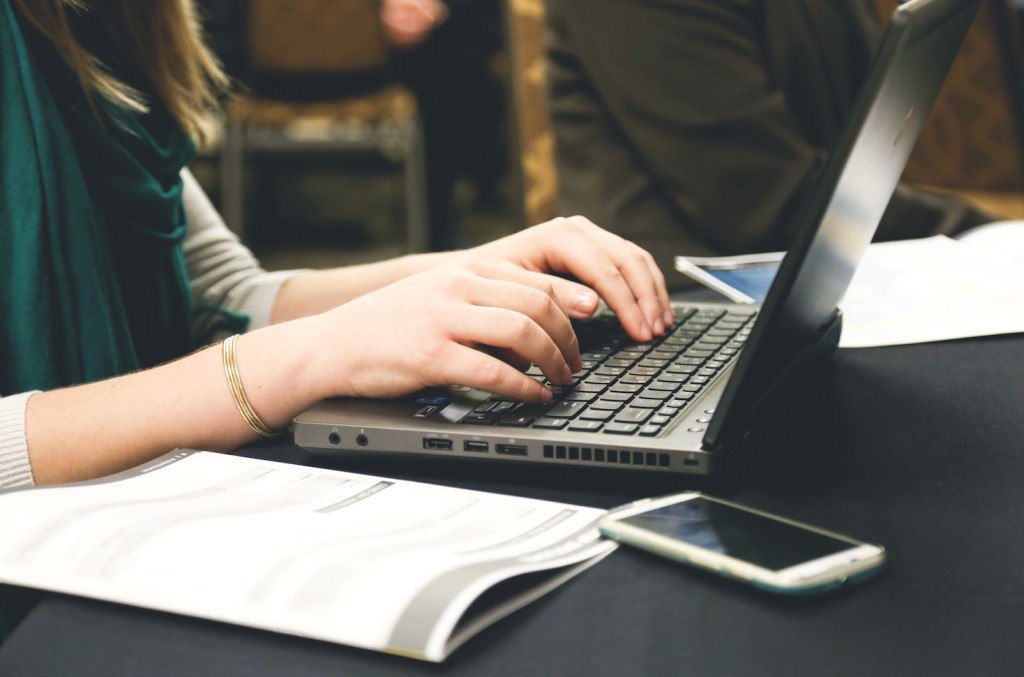 There is little money given by the church to hire anyone else other than this single leader. Well enough. It can’t be other than it is in the beginning. But right off the pastor is in a dilemma. His dreams include a lot more communication with the church, planning, and outreach. He wants to be busy, and effective, like the pastors were in the church he came from. He needs help. And therefore the church plans to offer the job to a volunteer part-time secretary in the church. It’s a starting place.

A woman in the church is available to work this part time job. Actually, she is the only one available. The pastor is as green as a cucumber at using a helper, but doesn’t want to act that way. Jo Lee is a few years older than he is. She’s 36 with two kids and an accomplished husband; he’s 27, with a great wife and a beautiful baby. Jo Lee eagerly addresses her job. She goes the extra bit that makes her a great secretary. She also has some former work experience. She’s good at what she does. At first, the pastor really doesn’t know how difficult it is to keep a secretary properly busy, but he gradually gets the hang of it. Things are going well.

Four days a week, Jo Lee comes in for a portion of the day. It’s just the two of them in the rural church building. The pastor’s home isn’t far away. Sometimes the pastors wife and baby drop in, but most of the time, the pastor is in his office and the secretary is just outside the door at her desk. He never closes the door to his office if she has to step in.

As time goes on, the pastor finds it helpful to strategize with the secretary. After all, she’s a member who gets it. She loves his ideas and is his biggest fan. She has ideas of her own, and she also knows a lot about the people in the church. The sleepy church needs help and this is the time it could happen—finally. She also admires her pastor. He’s a good leader. Secretly she wishes her husband was such a man. Her husband claims to be a Christian and attends the church, but seems totally uninterested in what drives her life. He’s almost exclusively into building his new insurance business.

One day, Jo Lee shares a bit more intimately with her pastor. He’s careful to listen (again, unlike her husband), and he feels sadly about the situation Jo Lee has to face at home. He suggests several things. Some Scripture is read together. They even pray together. There are tears in Jo Lee’s eyes. “He understands me,” she thinks, “unlike my husband.”

Well, you can see where this is going. It wasn’t expected. It blindsided each of them. It was obvious that affection was building between them and it could only lead to trouble. Wisely, she decides to leave the job. Nobody knows that emotional affection was shared for a short time. Thankfully it didn’t go any further. It’s over, though at times Jo Lee ponders what it could have been like. Her walk with God is weakened, though she doesn’t stop in her desire to follow God. There are awkward moments when they see each other, but the pastor soon leaves it all behind him. It wasn’t as deep for him.

He looks for another secretary—one much older, less attractive. “Twenty years older and fifty pounds heavier,” he says, under his breath. “Maybe this secretary even needs to be someone outside the church.” he adds. And on it goes.

But what if it had been different? What if the pastor had chosen a young Christian man in the nearby college to be his assistant? Or a solid high-school senior who has time to “intern” with the pastor, yet has good skills on the computer and with people? What if a man who works nights at the plant and dreams of ministry himself would become his helper? What if the pastor requires two such men who can offer enough time to serve in this way? What’s the gain, and what’s the loss, if any?

I have had some exceptional female secretaries, office assistants and helpers throughout my ministry. I owe them a lot. I’m not sorry I hired them. They didn’t come to us because I put an ad in the paper. In fact, I knew them and asked them to help because of their integrity. These ladies were pure, kingdom-minded, hard-working, and selfless. They were carefully vetted and recommended for the work we asked them to do. And, after marriage, my wife was involved and consulted in hiring them. Although I have chosen male assistants for the last several years, I have been favored by God by the service of these faithful women, both to me and to God. Even so, I’m now appealing to pastors and other male Christian leaders to choose male assistants in the churches they serve and the ministries they lead, especially where regular interaction is involved.

My aim is not to address the concept of women working. Obviously, there are many cases where this is necessary and many others where it is not. The discussion would be an interesting one, but not the issue concerning me right now. Rather, I want to stay focused on just this one single idea: the reasonableness of male Christian leaders working with male assistants rather than female ones in most, if not all, of the daily ministry experience.

I hope you will think this through very deeply. Ask your wife to review these ideas and to offer her wisdom. At the end of it all, she is your best and most trusted assistant in ministry and should have this input. I think she will like what I’m saying and will be able to add to it, or to nuance this or that until you come up with a good plan. I also believe other leaders who are watching and learning from you will understand the need for this change in your church or ministry situation. It will increase respect. They may secretly wish for the same in their work situation, for many men are uncomfortable with the working context they are in. Above all, would you seriously pray about how you should proceed? The Lord will help you sort this out in such a way that you can increase your effectiveness, comfort in relationships, and example to others.

Disclaimer: This article isn’t intended as legal advice about non-discrimination laws. Churches and ministries may be exempt from such laws when it comes to hiring or firing ministers according to a Supreme Court judgment in 2012. (See Hosanna-Tabor Evan Lutheran School v EEOC, http://www.supremecourt.gov/opinions/11pdf/10-553.pdf). Consult legal counsel in your state for advice about laws applicable to your specific situation.

Previous
Shadows of Hell: Fear and Emptiness Before Death
Next
Audacious Prayer
Jan 28 On Getting Older | Your…
Loading Comments...