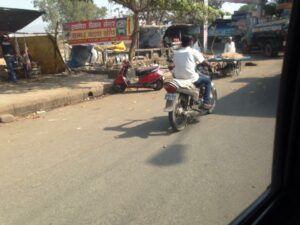 Missionaries must have other workers, long and short term, to assist. Many of these will naturally come from among those who show promise as converts through the missionary’s efforts. Paul, though perhaps exceptional in his management skills, had 38 whose names appear as likely assistants at various times. He was always traveling and laboring with a coterie of faithful helpers. There could have been even more!

Some of Paul’s workers were women (18%, according to Schnabel, p. 251), although no women were designated as “missionaries”, a responsibility that demanded authority over men. The women helpers appeared to serve in the context of their own cities rather than traveling with or for Paul, such as Euodia and Syntyche in Philippi. Phoebe may have been an exception on one occasion if she carried the letter to the Romans for Paul. Several women workers are mentioned in Romans 16.

When men and women wish to serve God in a missionary context, it would be wise to attach themselves to established missionaries as assistants to help reach the missionaries’ objectives. A smaller number of men will be called and prepared to be missionaries immediately after prescribed training away from the missionary context, such as in a seminary or Bible School, but this should never be automatically assumed. A more likely possibility for immediate full missionary status might be reasonable when men have pastoral experience before engaging in missionary work. There are many variables to prayerfully consider, but the better general assumption should be that the interested person would assist an established missionary.

Since Paul used workers in similar labors as he was engaged, it is reasonable to believe that missionaries will train their workers by involving them in similar tasks so that some of them might themselves take the full recognized missionary responsibilities in the future.

Though we wish for more missionaries overall, concerning those presently on the field, it would be better if there were less designated as missionaries and more workers assisting those men in the missionary enterprise. In this way we can better use the energy and enthusiasm of inexperienced people to further the spread of the gospel and the planting of indigenous churches.

Obviously, nothing works perfectly, but the above is a proven strategy. The missionary himself will best determine who is suited for companionship with him, as we see in the case of Mark’s connection with Paul and Barnabas in Acts 16:36-41, or Paul’s choice of Timothy in 1-3.

The scope of Paul’s missionary endeavors was broadened largely because his helpers could carry out missionary responsibilities for him under his direction. How much more effective will any true missionary be if he would gather effective workers to assist him.

Let’s pray that the Lord will send out more laborers into the harvest.