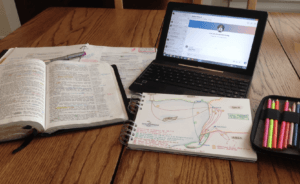 I just got off Skype with a pastor in Colorado who has been studying Galatians with me. We’ve had several weeks of study, marking the text in our notebooks, reading and re-reading together and separately, sectioning the book, and discussing the major themes and minor conundrums. We tried to understand everything. We worked about an hour and a half today, and it was pure joy! God is unveiling potent truths in this amazing book. That pastor assured me that he now intends to work through Galatians with one or two other pastors he knows, passing on what he has learned.

Our CCW team (Steve Burchett, Kole Farney, Bryan Elliff and me) all spend time each week working with pastors and missionaries this way. We don’t have the freedom to open up this ministry to everyone who might ask because of time restrictions, but we pray and approach certain people along the way to work with as God leads us. We have a deep conviction that we are to give to others everything we have been learning. 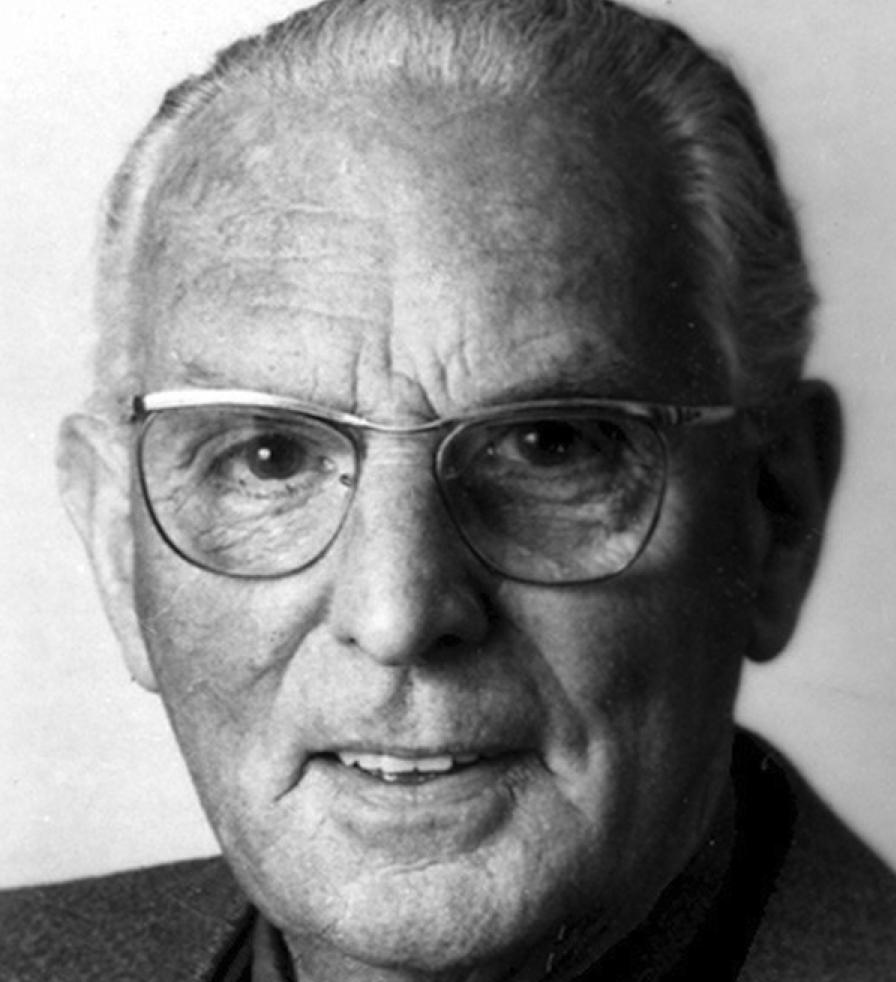 Years ago, before the inauguration of the CCW ministry, the elderly J. Oswald Sanders came into my life. I had read his writing, but Pam and I had the privilege of having him in our home in Little Rock, where I had asked him to address leaders and the church. The timing was perfect because I was going through a decision process that would change my future dramatically.

Dr. Sanders was one of the past directors of The China Inland Mission which later became Overseas Missionary Fellowship (OMF) under his leadership. It had been started by Hudson Taylor in the 1860s as a way to reach China’s millions who had never heard of Christ.

Under Taylor’s leadership, hundreds of missionaries were supported entirely by faith, without asking for funds from anyone. Also, no missionary or ministry project was allowed to be undertaken with debt. Sanders had continued this practice in his itinerant ministry out of his base in New Zealand following the OMF days. Along with George Muller, Hudson Taylor and this ministry practice of OMF leaders and missionaries had inspired me.

Sanders wrote over 40 books. On at least two or three occasions we went into bookstores and met owners who were thrilled to meet up with this prolific writer and Christian statesman whose books they had sold.

I was in a dilemma at the time. I loved the work of pastoring and was in an exceptional church. But my wife and I sensed God leading us to consider a larger sphere of service. Dr. Sanders was instrumental in helping us to see the need and reasonableness of doing that. When he was 40, about my age at the time, his ministry had also broadened. He spoke to me convincingly about the need and the lifestyle of an itinerant and the various possibilities. That was a huge help to me in making the decision to start what later would be called Christian Communicators Worldwide.

By the way, that long name for a ministry came from walks with Don Whitney in the Chicago suburbs at the arboretum close to his home. Don has been Professor of Biblical Spirituality and Associate Dean at The Southern Baptist Theological Seminary in Louisville, KY, since 2005. I eventually went 14 times to the Glen Ellyn Baptist Church where Don pastored at the time, and to other churches in the Chicago suburbs, to teach, and to evangelize in homes and office gatherings, over as many years. Don and I were very close. As the ministry was beginning, I needed a name, and he helped me arrive at this name which has served us so well and has defined our mission perfectly.

One experience characterized Dr. Sanders’ kindness. I was taking him to the airport in Little Rock. He always had very heavy bags, full of books, because on each trip he would work on his writing and needed the right books to help. Dr. Sanders was an old man at the time, so I was carrying both heavy bags down the long concourse. About a third of the way down, he saw I was struggling a bit. He reached down and put his hand around mine on the bag handle. He didn’t say anything, but gave me a knowing smile. He knew he was teaching me a lesson on sharing the load. I’ve always appreciated that special peek into his character.

Our ministry has grown in scope and depth over these years. Dr. Sanders would have loved it, but he died in the beginning years of CCW after having shown helpful concern for our work.

We’re thankful for the growth of CCW during the years following. The CCW team spoke or facilitated studies nearly 800 times this last year. We traveled to many places in the United States and overseas, such as Peru, Colombia, India, Zambia, South Africa, Ethiopia, and Canada. We wrote 55 articles. Our websites (www.ccwtoday.org, www.bulletininserts.org, www.waytogod.org) received over 20,000 page views on average each month. We shared the gospel often and trained believers when it was convenient and when it was not. It was an amazing year.

And, like Hudson Taylor’s missionaries, God provided for the needs of our four Communicators and their families with gifts coming from people moved by God to contribute, without asking anyone for even one cent. We never talked with a businessman to solicit funds, wrote a fundraising letter, sent a grant proposal, or advertised for funds. Small and large gifts came in to help.

What can we say about this? Only that God knows we are here, and that he started this work. We can say, without question, that he blesses the work he started with open doors of ministry, and that he supplies all that is needed for what he started. We don’t believe that trusting God in the exact way we do is God’s plan for every ministry, please be clear about that, but it is his direction for us. In fact, we believe that every Christian has to live a life of trust in one way or another.

But, I have to tell you, we love seeing God’s hand providing everything we need. How often he has answered our prayers by giving us exactly what we need by the time it is actually needed. It is hard to ever doubt his care for us.

Thanks for keeping up with this work. We appreciate your prayers for us.

Previous
A Letter from Jim | January 2018
Next
As It Is In All the World
Yesterday Busy Unlike Jesus
Loading Comments...