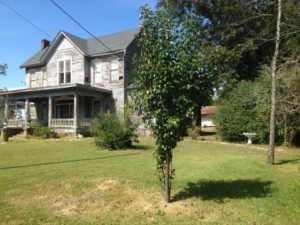 The Corinthian church boasted about its tolerance of the incestuous man who was permitted to retain membership and acceptance within the Corinthian church. They were congratulating themselves for such open-mindedness when they should have been weeping. Their tolerance was beyond even what Roman law allowed.

“We should note that under Roman law both this man and his stepmother would be sentenced to exile on an island, his possessions would be confiscated, and his social status would be repealed.” (Schnabel: Paul the Missionary, p 242)

To this day, religious leaders are often the most outspoken advocates of aberrant sexual tolerance in the churches. Tolerance, which is expected for the various amoral opinions and practices of those within the band of authentic churches, is stretched to include sinful behavior that is obviously (and sadly) indicative of an unregenerate state.

Tolerance on this level is the new gospel.

Read 1 Corinthians 5, noting the action words, to understand what we must do about such “so called” believers living in unrepentant disobedience within our churches. Compare the appeals and arguments of those who preach exaggerated and undisciplined toleration with the unambiguous words of the Apostle Paul. Paul is consistent and isn’t confusing.

The hope of repentance leading to life for the immoral man, and purity and power for the local church, were at the heart of Paul’s urgent appeal to “expel the wicked man from your midst.” Love guided his hand as he wrote. He planted churches with moral boundaries reflecting the character of Christ and the new and higher ethic of the Spirit. They were societies for true believers.

When you hear of new appeals for tolerance of sinful behavior in the churches, remember that this is not a nascent problem, but the old Corinthian problem revived. Churches that continue in this vein will soon be mere shells of their former glory, the life gone and the Spirit nowhere to be found.

Previous
He'll Stand
Next
Seeking Assurance?
Jan 28 On Getting Older | Your…
Loading Comments...