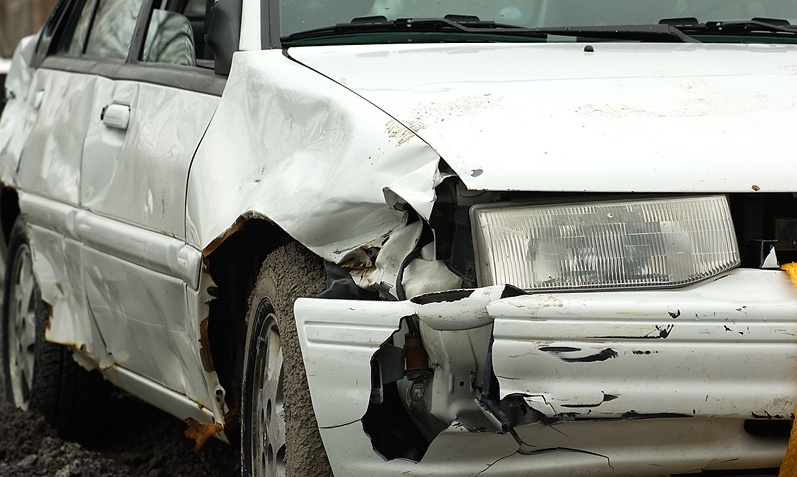 We never should have been passing that big truck. Our driver knows that, now. We were traveling north of Addis Ababa, on an incline, and a sharp right curve was ahead. As we approached the curve, our driver moved out into the passing lane (far too common in Ethiopia). Selamab and I were so deep in conversation that we barely noticed, though I recall mumbling, “Hold on, I hope we’re okay on this curve”—or something like that. I should have been yelling, “What are you doing?! Don’t pass right now!” (Selamab would have had to translate.)

Within seconds, it was a chaotic scene. Thankfully, only seconds later, it was over—not our lives. The Lord spared us.

What exactly happened? As we took the curve in the passing lane, a large truck (similar to a dump truck) was headed straight for us. I started yelling, “Whoa! Whoa! Whoa!” with an Ethiopian accent, for some reason (perhaps thinking our driver would understand me better!). I was sitting in the back seat, and I braced myself for impact. Somehow, we sliced just between the big rig we were passing and the oncoming truck. Suddenly, we were safe.

My heart was thumping. Selamab was nearly in a state of shock. Our driver was very upset with himself. Hopefully, the lesson was learned. He made a nearly life-ending mistake. He knew it, and was so sorry. We expressed our forgiveness to him.

Then, I told our unbelieving driver a story about an airplane mechanic for missionaries. He once made a mistake with the maintenance of the airplane, costing the lives of those on the plane (several people) when it burst into flames in the air. At the funeral for these people, amazingly, the family members of the deceased came to the mechanic, expressed their forgiveness for his mistake, and embraced him. I then told our driver this: We have not made mistakes against God, we have sinned against Him thousands and thousands of times. Nevertheless, through faith in Jesus Christ, God forgives sinners. That’s far more amazing than forgiving someone of a mistake—even a tragic one.

We are hopeful that the Lord is at work in our driver’s life. Last weekend, Selamab spent quite a bit of time walking through portions of the Sermon on the Mount with him. He just told Selamab today that yesterday, during one of our sessions, he read His Bible.

Later on Friday, Selamab told me something like, “When that truck was headed for us, I closed my eyes, covered my face, and thought our lives were over.” Even tonight, we both concluded that we still don’t know how we didn’t at least come away terribly injured, though within those few crazy seconds we both actually thought we were going to die. Of course, we would have been better and happier than ever if we had died since we would now be with Jesus, but that’s not the way either of us want to go!

As you can imagine, our ministry in Goha Tsion felt even more significant to us having just escaped death. I told the believers that gathered Friday evening (for greetings and prayer) that I was certain that one reason the Lord kept us alive was because we still have work to do for Him, including, I said, our ministry among them.

God helped us all day. The first day, I taught through First Corinthians 5 using two translators (Selamab, in Amharic, and another brother then translating the Amharic into Oromo). I’m sure is not ideal to the listeners, but there seemed to be significant understanding and conviction. The next morning, using several texts in the New Testament, I exhorted them not to lust after signs and wonders and miracles (a major problem in Ethiopia), but to live lives of faithfulness to Christ by obeying His word, praying without ceasing, and walking by faith, not by sight. Both days, Selamab worked through Jeremiah, occasionally making piercing applications in a way that only he can do, having grown up in Ethiopia. Even though I can’t understand what he is saying, I know it’s solid, and it’s really a joy to see these people being fed so well by his ministry.