I’ve just listened to a young man named Marcin Patrzalek playing Nicolo Paganini, “Caprice No 24” and “El Colibri” by Julio Sagreras. I’m shocked to hear this young man play as he did, and with such difficult pieces. Look him up on YouTube. He could not be more than 15 or 16 years of age. I love classical guitar, but it isn’t just the music that makes it for me, nor the quality of the guitar—as you know, it’s the expertise and pathos the guitarist brings to the music and to the instrument that makes the difference.

In fact, a great guitarist can make beautiful music even with an average guitar. Oh, I know that there are differences, big differences, in the quality of a guitar. But I’m emphasizing something very important. Read on. 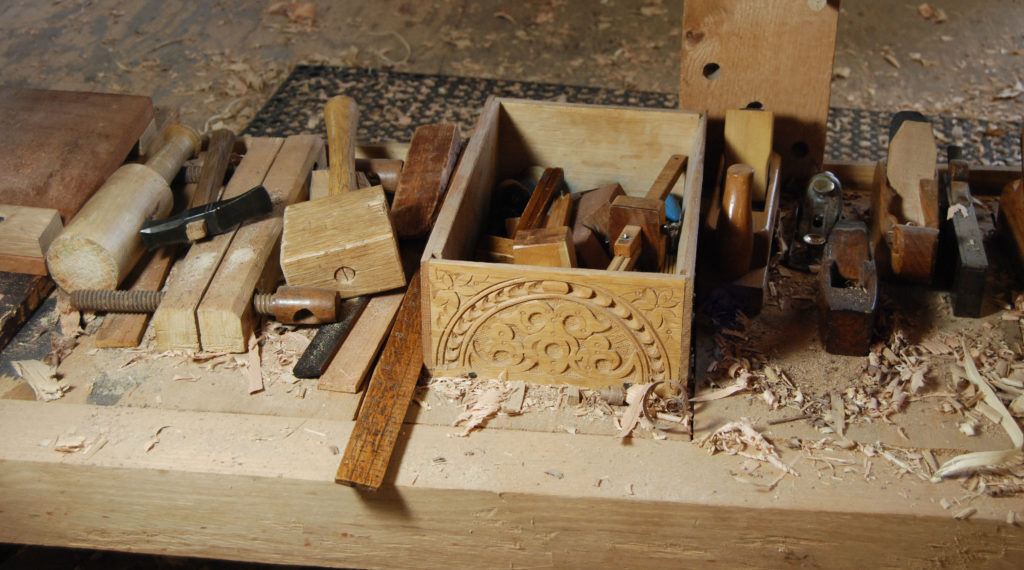 My grandfather was a pastor and Bible teacher all his life. God used him in powerful ways. There were true revivals in country places where numbers of people came to Christ in his ministry. These stories are written in the history books in heaven and most of the people converted have long since passed away. He wasn’t a powerful orator. In fact, he wouldn’t hold a candle to the acumen of some men. He didn’t have the raw natural ability so many have. But God used him. One way God used him was to father a preacher son and a godly daughter. That son had three sons who were influenced by him also, along with a daughter who married a preacher. There are many more down the family line affected by him, either personally or by the influence he still exerts on those who did know him. God uses people in surprising ways to reveal his glory.

Along with his teaching of the Bible, my granddad was an exceptional carpenter. In fact, he sometimes taught woodworking. All of our extended family owns some of his sturdy work. His woodworking shop was just a few steps behind his home in Fordyce, Arkansas. We loved to watch him work as children and all wanted to be like him.

Once my older brother Tom was at one end of the workbench and Granddad at the other. Granddad said, “Tom, get that tool for me. It’s up there.” Then he said, “No, higher. It’s right up there.” Finally, he said, “Never mind, I’ve already done it with this screwdriver close by.” Then pausing for effect, he said, “Tom, there are lots of men perfectly suited to do amazing things for God but aren’t close to God. Remember that it’s the handy tool that God uses.”

What an unforgettable lesson. It’s the handy tool, the tool that stays close by, that God uses.

So, When You Pray

If you are one of those beloved friends who pray for us, this is what we want. We don’t think we are exceptional in our ability, but we do want to be close by. Like a handy pen in the pocket, we want to always be available.

We are traveling. Some of our team just returned from my granddad’s state, Arkansas, while another is headed that way in just a few days. Bryan will return to Colombia very soon to teach future leaders. Other trips are being planned. A book is in the making as well. We’ll inform you more about that soon. Let us know if we can serve you some way. We want to be ready for anything God calls us to do.

Previous
Pain to Gain for Others
Next
It Isn't About Me
Jun 14 Book Hoarding
Loading Comments...
Comment
×